A graduate poses with the Husky statue 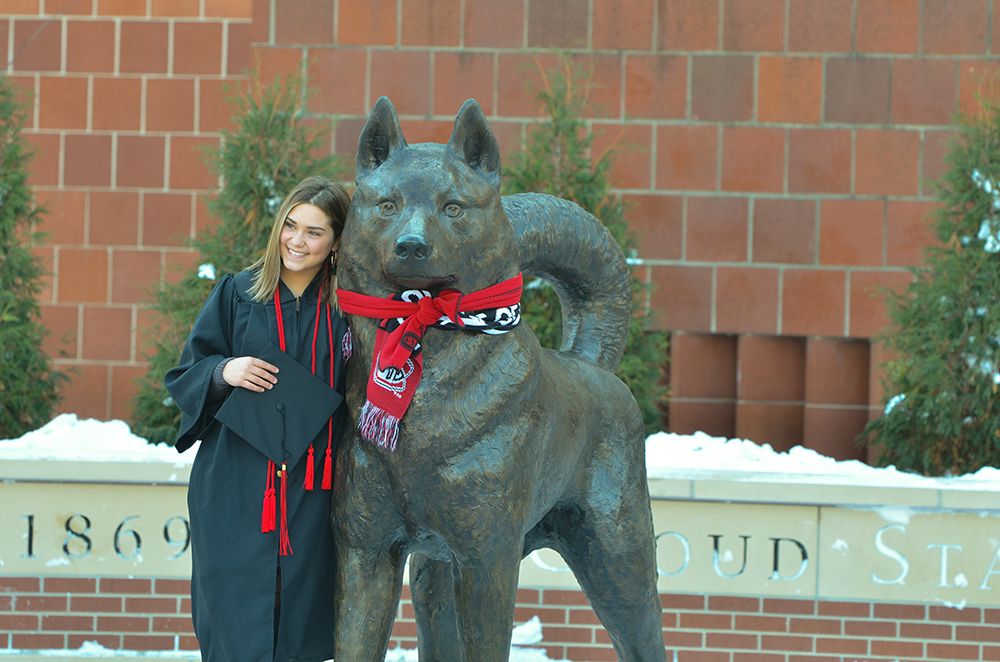 A graduate poses with the husky statue in Husky Plaza before the commencement ceremony.