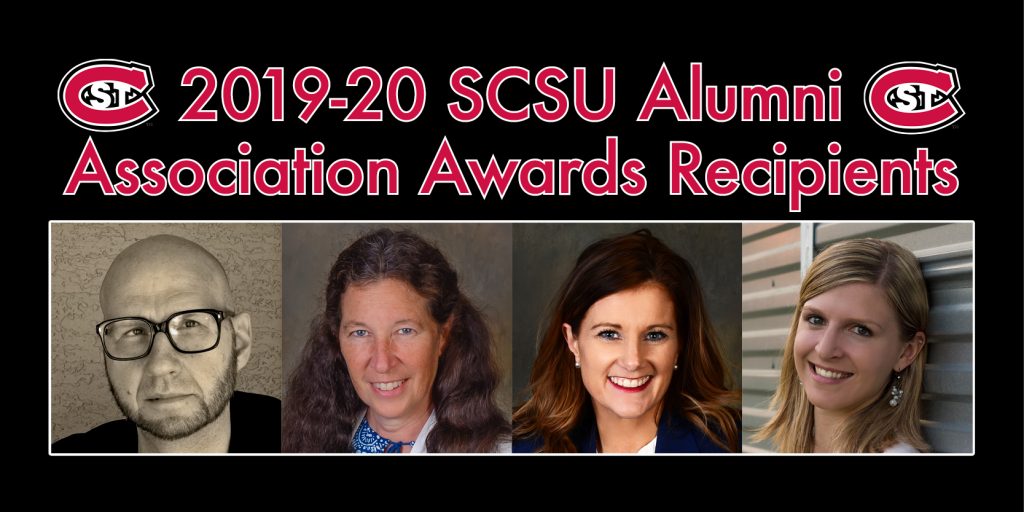 Four St. Cloud State University alumni were recognized as the 2019-20 Alumni Association Awards recipients during a virtual ceremony on Oct. 16 as part of SCSU Homecoming 2020.

Although the ceremony wasn’t in-person as it normally is, St. Cloud State University and the SCSU Alumni Association still recognized the recipients of the 2019-20 Alumni Association Awards during a virtual awards ceremony on Oct. 16 during Homecoming 2020.

The virtual presentation featured a short bio of each recipient mixed in with their reflections on receiving their respective awards, followed by a video from the recipients themselves accepting their awards.

Congratulations to TyRuben, Lee, Michelle and Marie on their professional accomplishments, involvement in their communities and service to their alma mater while representing St. Cloud State well!

Nominations for Alumni Association Awards are accepted year-round. To submit a nomination for the 2020-21 selection cycle, visit https://www.stcloudstate.edu/alumni/events/awards.aspx. 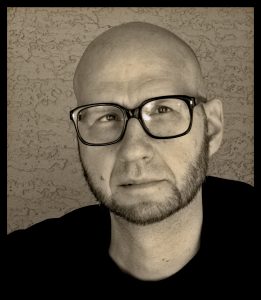 TyRuben Ellingson ’81 ’82, recipient of the Distinguished Alumni Award, is Chair of the Communication Arts Department at Virginia Commonwealth University. Ellingson received his Bachelor of Elective Studies, majoring in Art, in 1981 and received his Master of Art in painting in 1982.

Post-graduation, Ellingson moved to Dallas, Texas, where he worked as an architectural illustrator and model builder. While living in Texas, Ellingson also attended Southern Methodist University where, in 1988, he earned his Master of Fine Arts degree in painting.

Combining his fine art successes with a life-long interest in film, in the fall of 1989, Ellingson landed a position at George Lucas’ visual effects company, Industrial Light and Magic as a Visual Effects Art Director. While at ILM, Ellingson contributed to the creation of ground-breaking special effects for films such as Jurassic Park, Star Wars: A New Hope, The Flintstones, Casper, and Disclosure. In 1995, Ellingson accepted an invitation by Director Guillermo del Toro to act as principal designer of the signature creature for Mimic; the film which launched his freelance career. In the following decades, Ellingson provided designs for a number of del Toro’s other films including on Blade 2, Hellboy, Hellboy II: The Golden Army, and Pacific Rim. In 2006, Ellingson joined the team at Lightstorm to work as lead vehicle designer for Director James Cameron’s science-fiction epic, Avatar. Other films to which he has lent his creative talents include Blade Trinity, Signs, Surrogates, Priest, Battle: Los Angeles, and Elysium.

Beginning in the fall of 2013, Ellingson joined the faculty of Virginia Commonwealth as a professor in the Communications Arts Department where he teaches classes focused on conceptual design. With the support of the full faculty, Ellingson assumed leadership of the department in the fall of 2015, and in 2019, his leadership role was expanded to include the VCU Arts Cinema program. Throughout his career, Ellingson has spoken regularly to students and professionals regarding his work as a Hollywood concept designer and the film industry at large. Speaking engagements of note over the past twenty years include the following: Art Center College of Design in Pasadena, Stanford University, San Jose State University, Expression College for Digital Arts, Guadalajara Museum of Art, San Francisco Museum of Modern Art, Gnomon School of Visual Effects, University of Texas in Dallas and St. Cloud State. In 1993, he was a keynote speaker at the National Association of Art Department Deans and that same year taught a semester in the Department of Cinema at San Francisco State University. 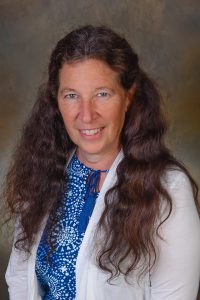 Lee LaDue ’84 ’92, recipient of the Alumni Service Award, has served as a Program Coordinator in Gender Violence Prevention at St. Cloud State since 1992 and is retiring in July. LaDue received her Bachelor of Science in Social Work in 1984 and her Master of Science in Human Relations in 1992.

LaDue has worked in the field of victim services for almost 30 years. She has worked with physically and sexually abused children in residential settings, volunteered at the local battered women’s shelter and has been her current position as Coordinator of the Gender Violence Prevention Program at St. Cloud State for almost 30 years. LaDue is a licensed Social Worker and has her MS in Human Relations, an interdisciplinary field committed to addressing questions of equity, self-determination, resource allocation and quality of life for people around the world. 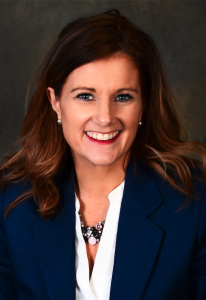 Michelle Schmitz ’05, recipient of the University Leadership Award, is the Executive Director of the St. Cloud State Career Center, a position she has held since 2016. She has been working at the Career Center since 2005, starting as a graduate assistant and worked through the ranks as Associate Director and Interim Director before taking on her current role. Schmitz received her Master of Science in Counselor Education and Educational Psychology in 2005.

Schmitz is an established, energetic professional with over 20 years of comprehensive experience in Higher Education, Business Operations and Human Resource environments, including 15 years in Career Services. Her work has allowed her to strategize and build strong partnerships with staff, faculty, administration, employer partners and other community members, but most of all, thousands of students.  She has taught undergraduate and graduate level courses, is a Junior Olympic volleyball coach and a Gallup Strengths Certified Coach.  She enjoys being closely involved with others in contributing to common goals and visions in her work on many internal and external committees and boards. 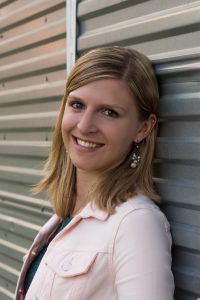 Marie Pflipsen ’14, the Graduate of the Last Decade, holds the position of Community Development Director for the City of Becker and is certified as an Economic Development Finance Professional through the National Development Council. Pfilpsen graduated with a Bachelor’s Degree in Planning and Community Development in 2014. Since then continued her education and graduated as a Master in Public Administration from Hamline University.

Pflipsen was awarded the Emerging Professional of the Year award from the Economic Development Association of Minnesota in 2019. In the same year, she was also selected to participate in the Harvard-based Young American Leadership Program tailored to Minnesota. Pflipsen has a passion for building community through community events and is a graduate of the International Association of Fairs and Expositions’ Institute of Fair Management.