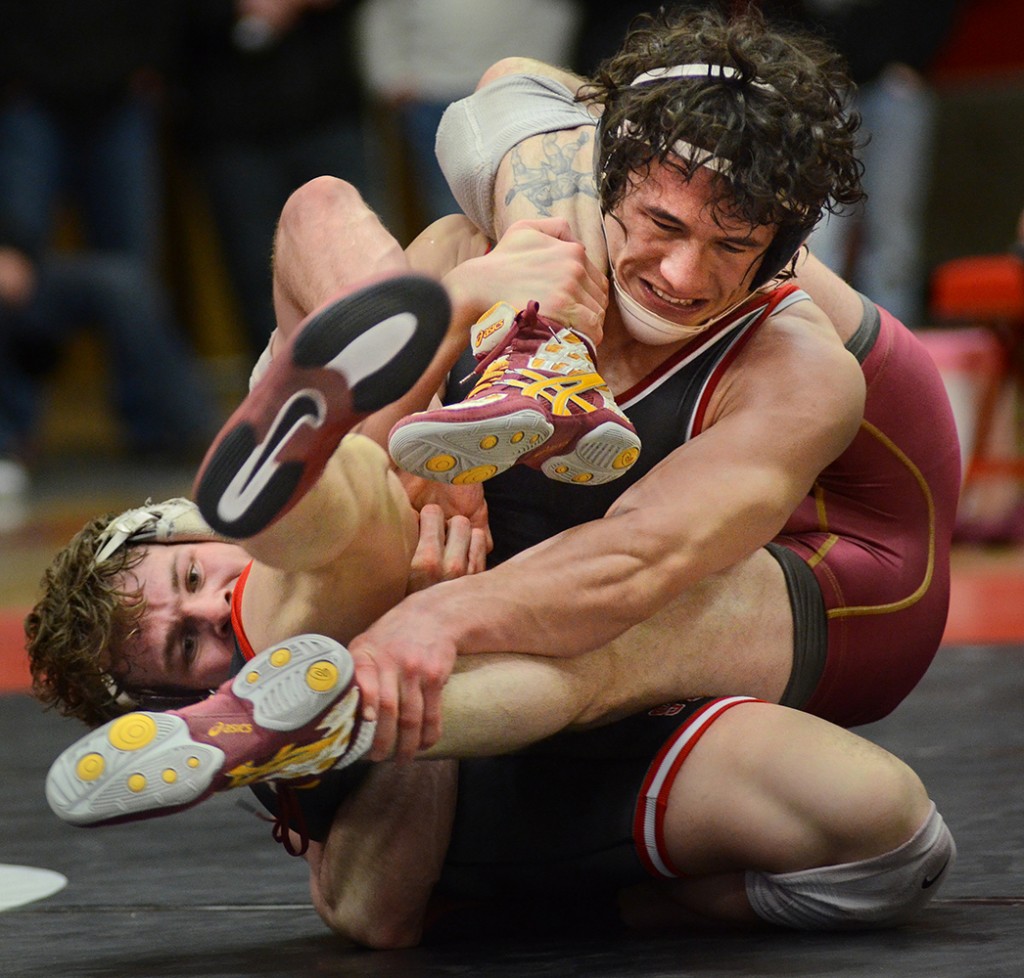 Shamus O’Grady won the individual title at 184 pounds and was named the Outstanding Wrester of the championships. Photo by Adam Hammer ’05

Senior Shamus O’Grady, Coon Rapids, led the St. Cloud State wrestling team to an NCAA national team runner-up, winning the individual title at 184 pounds and was named the Outstanding Wrestler of the championships. On the way to the national title, he was voted Most Valuable Wrestler of the NCAA Super Region 3 Championships winning an individual title and claiming Northern Sun Intercollegiate Conference (NSIC) MVP honors. A four-time All-American O’Grady finished his final season with a 40-1 record tying the school record for most wins in a season and was 108-28 in his career. 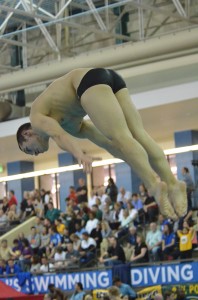 Luke Weber, Mankato, became the third Husky male diver to win an NCAA Division II National title when he captured first place on the three-meter board. Competing in his fourth national championship, Weber posted a score of 563.80 for the national title and two nights later, competing on the one-meter board, finished as the national runner-up for the second straight year. Weber helped his team to a 12th place t

eam finish at the national championships.

Academically, St. Cloud State boasted six Capital One Academic All-America team members selected by the College Sports Information Directors of America (CoSIDA). To be eligible, a student-athlete must be a varsity starter or key reserve and maintain a cumulative grade point average of 3.30.