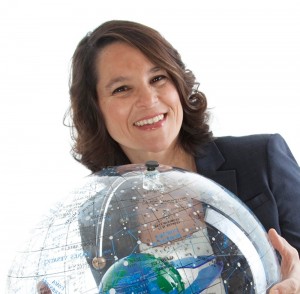 Lee has blended her extensive body of knowledge into a variety of pursuits, including the thriving Native Skywatchers Project. It’s an academic and cultural endeavor so hot, “it seems to be exploding,” said Lee, who is an assistant professor of astronomy and physics and director of the planetarium at St. Cloud State. At the center of the project is a rebuilding of native star language, an integral part of the spiritual and cultural traditions of multiple tribes.

There’s a sense of urgency to the work Lee, a member of the Dakota-Sioux Tribe, is doing to sustain language, culture and art that has been at great risk of extinction. “No one has written it down,” she said.

“Even on a global scale this seems to be the moment,” she said, referring to the connections her work has discovered among indigenous peoples around the world. The interest in this rebuilding of native star knowledge has been “off the scale,” she said. In Minnesota she has worked with Ojibwe and Lakota elders and schools as well as K-12 public schools t o help cultivate interest in STEM subjects.

Besides her public programs, workshops, teaching and planetarium shows, Lee visits schools to teach about her star paintings and shows her star maps, posters and other artwork at museums and galleries.

Lee has succeeded in learning about and passing knowledge to others about her two favorite pursuits, art and astronomy. “It’s exciting to have work that allows me to do both of those things,” she said.

« Think: On the road to peace, tolerance and understanding
Think: Tiffany Reiter ’97 mixes science and law »