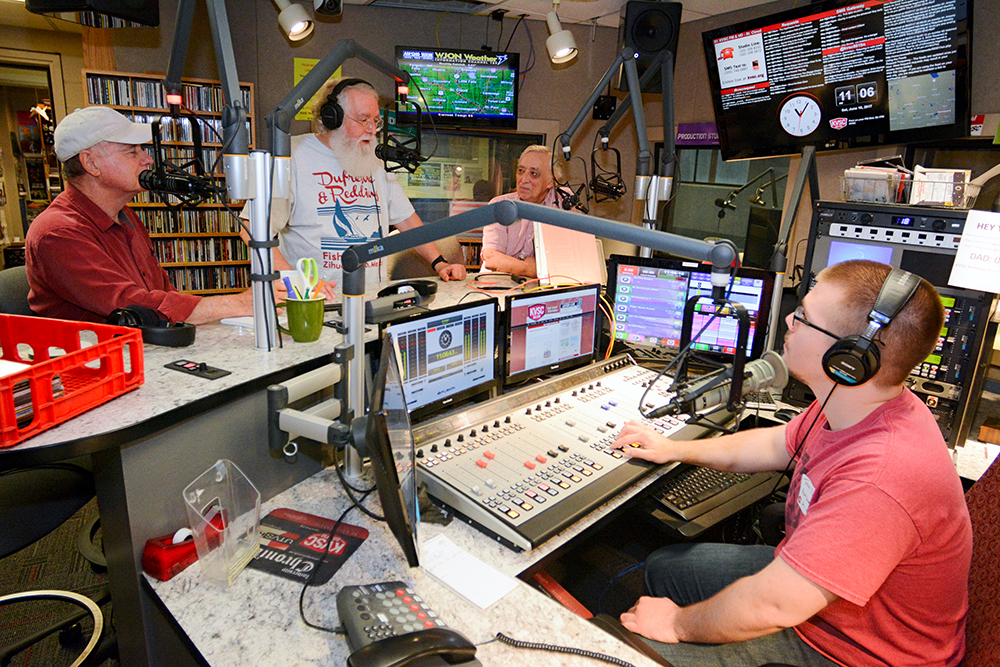 Alumni and the public toured KVSC during the anniversary celebration. Alumni even returned to the airways.

The celebration was planned by Station Manager Jo McMullen, who has served as station manager since the early 1990s. Before that she served as a student volunteer at the station. Consisting of days of open houses, studio tours, concerts and a reunion, the celebration included the return of KVSC and St. Cloud State alumni to the airwaves. The open houses gave long-term listeners as well as KVSC alumni a chance to see the studios and how the operation runs.

“This is a tribute to our incredible student staff, community volunteers, listeners and the support we receive from our
colleagues on campus,” McMullen said.

St. Cloud State’s rst foray into radio began in 1960 when students formed a Radio Guild. e guild would pre-produce programming in the university studios and it would be aired on WJON’s Sunday evening campus show.

Today KVSC has an operating power of 16,500 watts, covering a 70-mile broadcast radius with a potential listening audience of almost 2 million listeners. The station also partners with UTVS on campus to simultaneously broadcast live radio and TV news, sports, Trivia Weekend and live bands. In addition to support by the University, KVSC is donor supported by gives to the Foundation for its endowment and the KVSC fund.