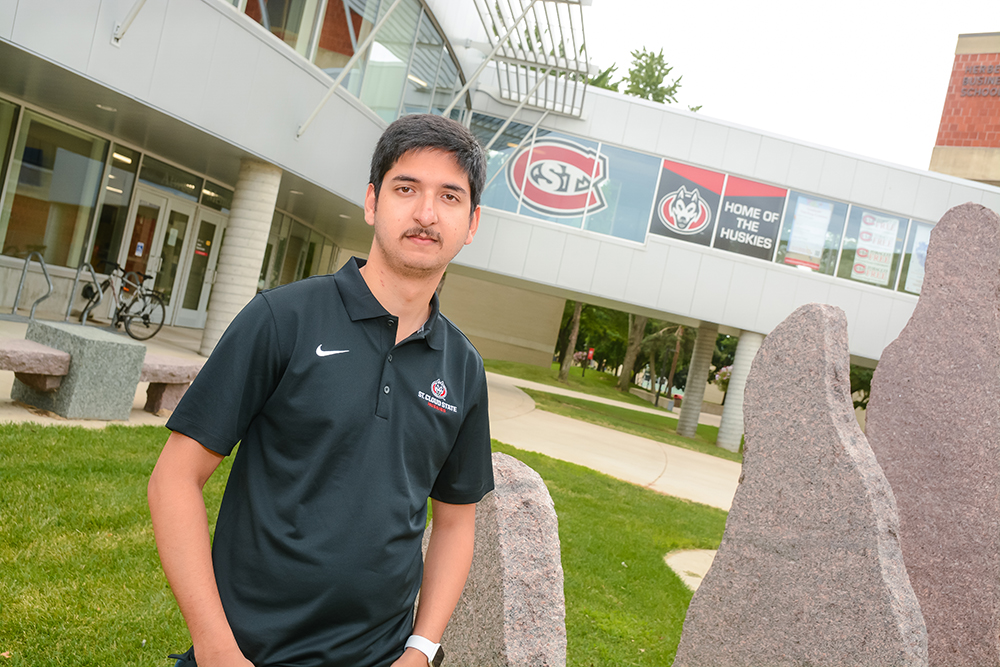 For Kridish Uprety, coming to America to attend college has been a goal of his since high school.

As an international student from Nepal and having been through Nepali public education system amidst political turmoil, Uprety saw the U.S. as the best fit to continue his education.

“For the people of Nepal, the American education system has always been a hallmark of excellence and quality. I chose America for better educational opportunities and personal growth to help me become a global citizen of the 21st century,” Uprety said.

The incoming senior is pursuing a mechanical engineering degree, with the possibility of double majoring in business economics.

“The cultural ambiance of St. Cloud State was a strong positive factor in my decision, as was its support toward international and multicultural students. And with family close to me in Minneapolis, St. Cloud State would truly be my home away from home,” he said.

The toughest challenges for Uprety were adapting to the social and educational differences between Nepal and America.

“For a homesick boy 10,000 miles away from home, the weather and food were already difficult to adjust to. But even more so, it was tougher adapting to drastically different American educational styles,” Uprety said. “Understating it mildly, the way we were taught in Nepal was quite different compared to here and re-learning new learning methods was quite a tough challenge.”

“I try to give my best in-the-moment and fulfill the motto of my life, ‘people for others.'”
– Kridish Uprety, Student Government President

Uprety has lived his life by being an advocate for students and better opportunities for them, whether it was throughout high school back home in Nepal or at St. Cloud State. With this ambition, he joined Student Government as soon as he arrived at St. Cloud State as an At Large Senator.

“For me, my inspiration has always been my late grandfather and the contributions he made towards the education sector of Nepal. Following his footsteps, I also wanted to give something back to my school for providing me with quality education and preparing me to become a global citizen,” Uprety said.

That something has landed Uprety with the lead role of St. Cloud State Student Government President coming into the fall semester.

Uprety’s president’s agenda is more inclined toward student success. By this, he refers to helping students develop professional relationships, which will, in turn, help them understand life after graduation and better prepare them for professional success.

“Helping students in professional development will give them a competitive mindset in this 21st century. Ultimately, the goal is for students to succeed in their career so that they can be proud of their alma mater for the education they received. After all, we need to advocate not just for their time in school, but also help them achieve greater success when they graduate from this institution,” Uprety said.

Uprety’s plans to graduate in December of 2020, but with future plans of further education.

“I have yet to decide between a ME or a MBA. However, especially for an international student in a politically uncertain time, the future can be quite uncertain. Instead, I try to give my best in-the-moment and fulfill the motto of my life, ‘people for others’,” he said.

5 thoughts on “From Nepal to Student Government president”